VIRTUAL TASTING WITH TABLAS CREEK VINEYARD Tablas Creek Vineyard is a pioneer of California’s Rhône movement. Founded in 1989, it is the culmination of 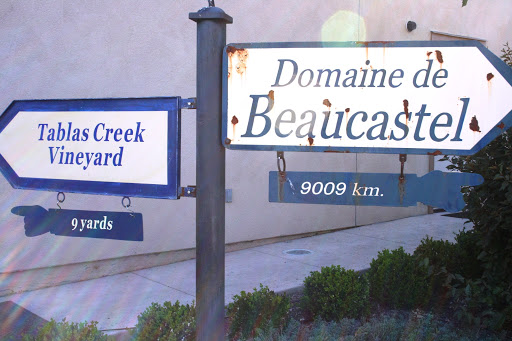 Tablas Creek Vineyard is a pioneer of California’s Rhône movement. Founded in 1989, it is the culmination of a friendship between two of the international wine community’s leading families dating back to 1967: the Perrin family of Château de Beaucastel and the Haas family of Vineyard Brands. The partners searched four years in California from the foothills of the Sierras in the north to coastal Ventura County in the south, looking for a close match to the Mediterranean climate and high pH soils of Château de Beaucastel. In 1989, they purchased a 120-acre parcel twelve miles from the Pacific Ocean in what is now the Adelaida District west of Paso Robles. They named it Tablas Creek Vineyard, after the small creek running through the property.

To ensure that the vines at Tablas Creek were of the highest quality and same genetic source of those at Beaucastel, the partners imported vinifera from the French estate. Several clones each of Mourvédre, Grenache Noir, Syrah, Counoise, Roussanne, Viognier, Marsanne, Grenache Blanc and Picpoul Blanc were imported, as well as a variety of rootstocks. This diversity allows Tablas Creek to replicate the clonal selection of an established French vineyard.

Tablas Creek Vineyard follows the centuries-old Châteauneuf-du-Pape tradition of blending, to produce wines that balance richness and elegance, while ensuring complexity, freshness, and minerality. Winemaking techniques, including dry farming, native yeast fermentation, and the use of large, neutral French oak foudres for aging allow their wines to reflect authentically the grapes, place and vintage from which they come.

We are scheduling a Zoom with Winemaker Neil Collins to hear him speak about the wines in real-time.

We’ve selected three wines for your enjoyment and the total cost of the pack is $120.

Please RSVP to secure your pack and receive a link to the Zoom. 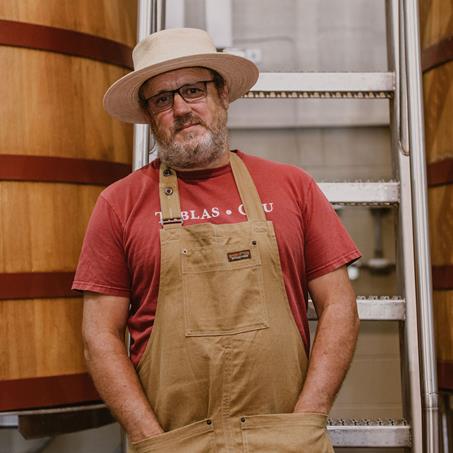 Neil Collins was born and raised in Bristol, England. Trained as a chef, he moved into winemaking with stints with John Munch at Adelaida Cellars and Ken Volk at Wild Horse. At Adelaida, Neil met Robert Haas and the Perrins of Château de Beaucastel when they were just beginning the search for Tablas Creek. Neil was so intrigued by the project that he offered his services, and spent a year working and learning at Château de Beaucastel.

Before the year was finished, Neil was offered the winemaker position at Tablas Creek, and he has overseen both the organic vineyard and the winery since 1998. His philosophy is that great wines can only come from great grapes, and that the art of winemaking is founded on starting out with the very best grapes and bringing their juice through fermentation as naturally as possible.

In addition to his work at Tablas Creek, Neil is the mind behind Lone Madrone winery, which he runs with his sister Jackie and his wife Marci. Neil was named San Luis Obispo County Winemaker of the Year in 2013, and Paso Robles Wine Country Wine Industry Person of the Year in 2019.

The 2017 Tablas Creek Vineyard Vermentino is Tablas Creek’s fifteenth bottling of this traditional Mediterranean varietal, known principally in Sardinia, Corsica, and Northern Italy. It is also grown in the Rhone Valley (particularly Côtes de Provence) where it is known as Rolle. The Vermentino grape produces wines that are bright, clean, and crisp, with distinctive citrus character, refreshing acidity and surprising richness.

The Tablas Creek Vineyard Patelin de Tablas is a blend of four red Rhône varietals: Syrah, Grenache, Mourvèdre and Counoise. The wine incorporates fruit from several of the top Rhône vineyards in Paso Robles, each vineyard selected for its quality. Like many red wines from the Rhône Valley, it is based on the dark fruit, mineral and spice of Syrah, with the brightness and fresh acidity of Grenache, the structure and meatiness of Mourvèdre and a small addition of Counoise for complexity.

The Tablas Creek Vineyard 2017 Esprit de Tablas is a blend of four estate-grown varietals, propagated from budwood cuttings from the Château de Beaucastel estate. The wine is based on the dark red fruit, earth, spice and mid-palate richness of Mourvedre, with additions of Grenache for forward fruit, approachability and lushness, Syrah for mineral, aromatics, and back-palate tannins, and Counoise for brambly spice and acidity.